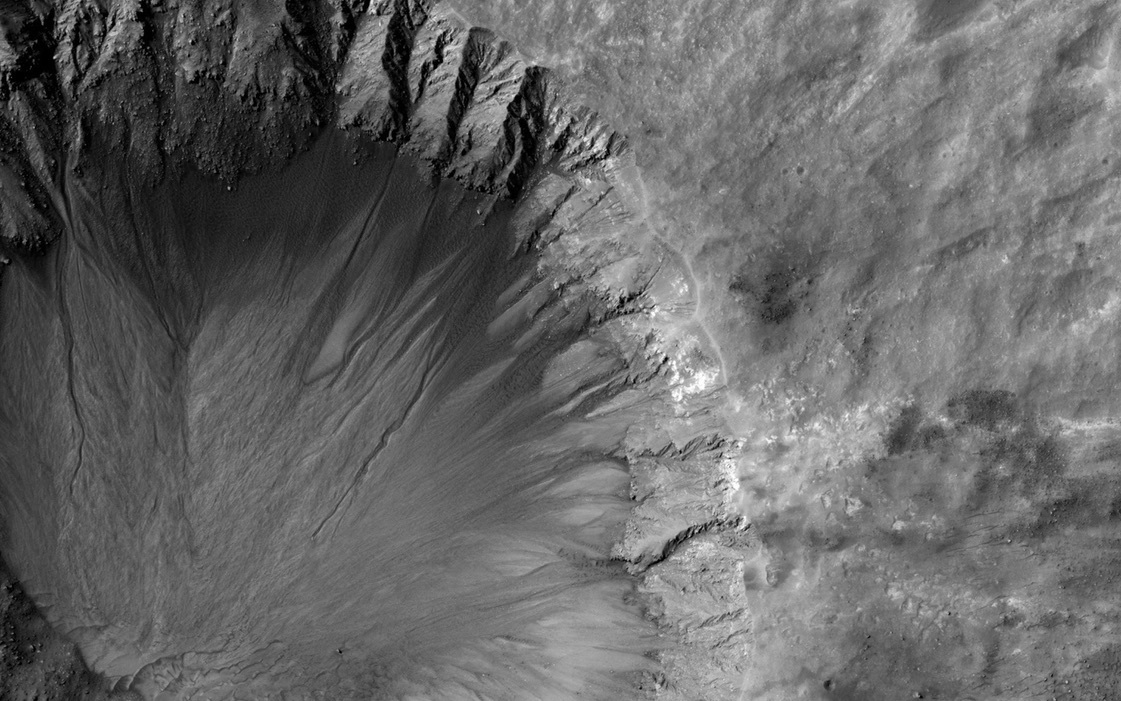 This month’s press review features news from Mars and the Perseverance rover, while the list of inspiring space travelers continues to grow – this month, an amateur astronaut made headlines with her story. But it’s not just us who are curious about what’s out there waiting for humanity; sometimes, Earth is chosen as a travel destination by cosmic visitors. Last Sunday, for example, the “God of Chaos” passed remarkably close to our planet.

“God of Chaos” on a flying visit

A week ago, an important trial run took place for many astronomers. The Frankfurter Rundschau reported how the asteroid “Apophis” passed Earth closer than ever before. Fittingly, the asteroid is named after the “God of Chaos” in Egyptian mythology, as it lived up to its name when Apophis was discovered back in 2004. According to calculations, there was a chance of the asteroid actually impacting Earth on April 13, 2029 – with a probability of 2.7 percent. Since the calculations have been corrected and there is no longer any risk of impact. The next visit in eight years will be an even better opportunity to learn as much as possible about “Apophis” from up close. Keeping an eye on the “God of Chaos” might be a good idea in case the asteroid will ever return on one of its future journeys past our planet.

Alright, we are kinda obsessed with the Mars rover “Perseverance” and the red planet in general, which is why we are dedicating the whole month of March to Mars on our Instagram channel. Come find us if you need another fix of Mars-related content.

For the first time since its arrival on Mars, our favorite rover sent audio from one of its trips this month. The 16-minute recording can be listened to on NASA’s Twitter channel – however, it can’t really be called a treat for our ears. Perseverance’s wheels are made of metal and produce quite an unpleasant sound when rolling over rocks.

Meanwhile, the small “Ingenuity” helicopter that the Mars rover carries is patiently waiting for its first assignment. Other missions, such as NASA’s MAVEN (Mars Atmosphere and Volatile Evolution) and the European Space Agency’s Mars Express probe, have only circumnavigated the planet outside its atmosphere. Ingenuity is expected to deliver aerial images from inside the Martian atmosphere in April. Previous images have already shown the possibility of water being locked in the Martian surface; the new, more up-close perspective could offer more information. In the future, samples could show how much water there once was on the planet. But first, it’s Ingenuity’s turn to wow us with new impressions from Mars.

The new generation of (female) astronauts

At this moment in time, Hayley Arceneaux is the brightest star among future astronauts. The American physician’s assistant was selected to join the first all-civilian mission to venture into space. Fittingly, her presence aboard the Space-X spacecraft will cement her legacy being the youngest American ever to orbit Earth, as well as being the first bone cancer survivor to become an astronaut. The BBC reports how the mission is “the pet project” of Jared Isaacman, a 38-year-old billionaire who bought the rocket launch, scheduled to happen in 2021. He hopes to raise $200 million for St. Jude, a renowned Children’s Research Hospital in Memphis, Tennessee. (Hayley Arceneaux is the perfect person to represent the hospital as it is where she sought treatment at age ten and her current place of work.) Arceneaux’s story will be inspirational to many as the metal prosthetics in her left leg as part of her treatment for bone cancer would have previously barred her from ever becoming an astronaut. As the New York Times puts it, “the advent of privately financed space travel has opened the final frontier to some people who were previously excluded.”