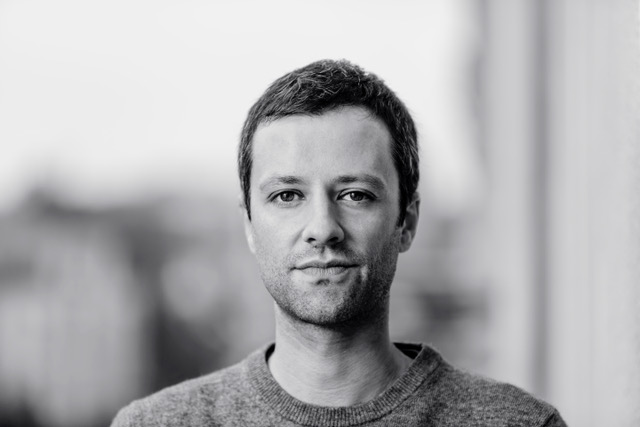 In his book, “Der neue Glaube an die Unsterblichkeit. Transhumanismus, Biotechnik und digitaler Kapitalismus” (unofficially translated to: “The New Faith in Immortality. Transhumanism, Biotechnology and Digital Capitalism”), author and filmmaker Philipp von Becker illuminates, among other things, the efforts of transhumanists, researchers and the super-rich to create eternal life. The book conveys a partly gruesome-real near future – and its consequences for society. It deals with urgent ethical questions that have hardly been addressed by politics and society so far. Philipp von Becker has answered 42 Magazine three questions about his book.

42: Mr. Becker – your book “The New Faith in Immortality. Transhumanism, Biotechnology and Digital Capitalism” was published in 2015. Has your prognosis become a part of reality since then?

PB: To avoid misunderstanding: I wasn‘t giving a prognosis, but tried to point out the motivations behind the tech fantasies of Silicon Valley’s apostles. It was a year after my book was published that I learned about the probably widest known real life implementation of „social physics“ today: the planned social credit system of the People’s Republic of China. I included this new aspect in a german article I published based on one of my book chapters.

From a western perspective, I would claim it was rather the depth and width of reflection that has changed in the last couple of years than that which is imaginable and technically feasible. A multitude of publications and debates have shown that we need to find alternatives to Silicon Valley surveillance capitalism or the digital authoritarianism practiced by the People’s Republic of China, if we want to reclaim and preserve privacy, freedom and democracy in the 21st Century.

42: In the second chapter of your book, you point out that the Enlightenment brought us freedom, but simultaneously dissolved certainty and the existing order. Do technological developments provide us with answers to this loss?

PB: Technological developments are one of the main reasons causing this ‚loss‘! And with the new freedoms and possibilities of technical-capitalist (late) modernity, we are currently experiencing a new phase of the dissolution of existing orders and certainties, in which the constant delimitation and acceleration of world relations also lead to (perceived) insecurity, disorientation and powerlessness. Which, in turn, is a decisive reason for the fact that a relapse into insurance and support can be experienced as promising offers of religion, nationalism and racism. Therefore, the relationship of freedom and technology is always of dialectical nature, meaning they are opposing forces to a certain extent. In our “digital age”, the computer offers unprecedented opportunities for politics, economics, science and society, which offer enormous potential for liberation and, above all, could signify a golden century for science. Simultaneously, new mechanisms for control and surveillance, as well as new dependencies, arise. Technology as such is not going to solve our problems since the systemic conditions under which such technology is used matter. In practice, the primary goal of social and liberal policy should be to ensure that the digital infrastructures of the 21st Century are neither owned and controlled by private banks and corporations nor used by state bureaucracies for anti-democratic and anti-freedom surveillance.

Facing new freedoms and opportunities and the uncertainties such change brings about, we need a progressive idea of security, rather than a reactionary one. This new understanding of security has to be based on participation and self-efficacy. Ranging from data to housing, the question of ownership and the idea of the ‘common good’ is asked more frequently than ever. Although it’s not about abolishing private property and the market economy altogether, as media and political forces immediately proclaimed, actually quite the opposite is the case: It is a matter of diversifying property titles in terms of rights and obligations to goods and processes, and of participation in decision-making. More freedom by security would in this sense not constitute more police, military and surveillance, but an increase in participation, equal opportunities and justice for all.

42: Could you name specific steps leading us in that direction?

PB: Ideas and concepts on how to rethink and organize communities in a globalized world beyond the supposed “factual constraints” of acceleration, growth, innovation and profit maximization imperatives are actually all there. It is the question of how to implement them that matters. We need new power structures, new ways of participation and decision making in companies, institutions and, last but not least, in our shared macro-institution of negotiating and governing social processes – the state. Therefore, besides debating carbon taxes, ownership structures and the disempowerment of big data monopolies, we need to debate a reform of our representative democracy. A two chamber system, in which one chamber of parliament is elected and the other is selected by lot, as proposed by David Van Reybrouck in his book “Against Elections: The Case of Democracy”, could be a promising step in that direction, for example.

It is pretty clear to me already that we will not find answers to the problems ahead of us in the ideas and concepts of the 20th Century – especially, if we acknowledge that digital transformation in our current economy will intensify energy and resource consumption further. The extent to which the use of (digital) technology can be beneficial in establishing a different set of values that protects our privacy and the biosphere thus depends on the values and goals we set ourselves as a society. Before everything and everyone can be digitally connected, it must therefore first be clarified why and to what end we choose to undergo such change: Thinking, values, and goals should come first, digital transformation second.