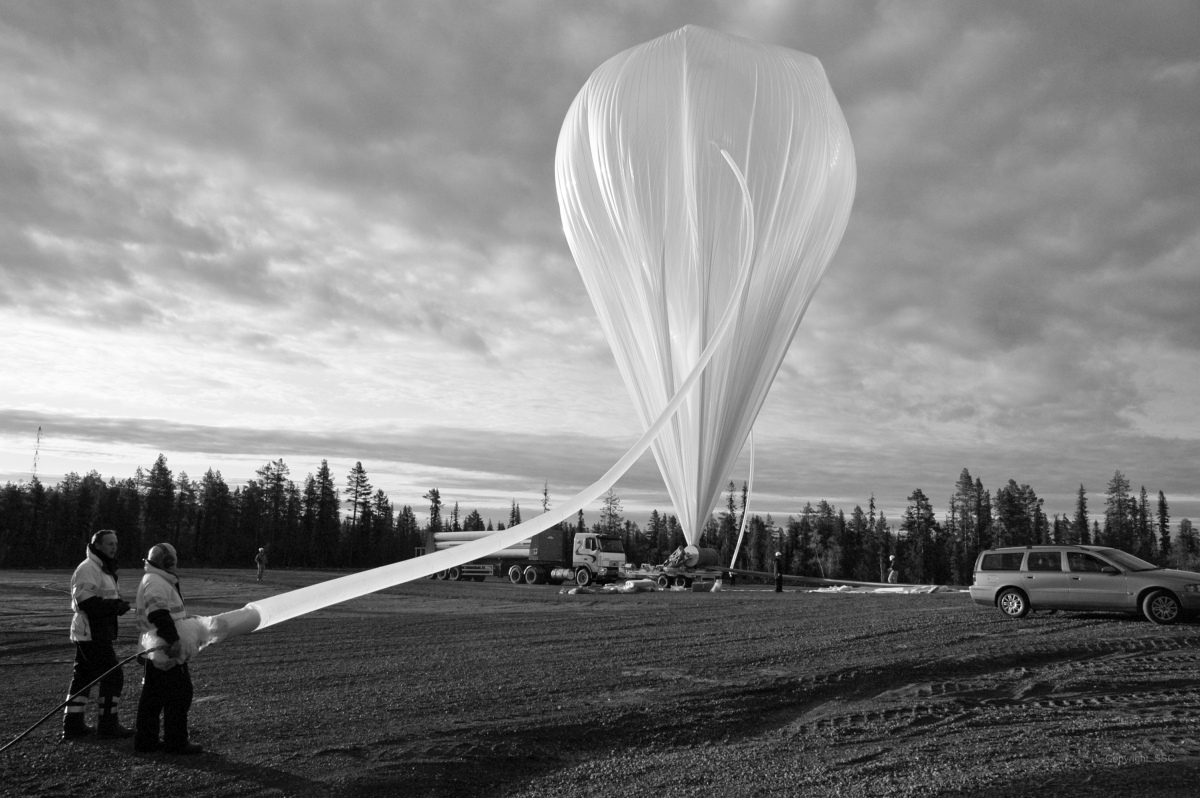 What do reindeer and reusable rockets have in common? Can foil in space solve the climate crisis? And are Mars rovers actually happy when they meet each other at work? The telescope of the June press review wanders from the Arctic Circle to questions of solar radiation on to the Red Planet.

Sweden wants to become a spaceport

Latest since Elon Musk entered private spaceflight with SpaceX, public interest in commercial spaceflight seems to have exploded. Now the Swedes want to get in on the action, too – at the “Esrange Space Center,” a space research center abandoned by the ESA in the middle of the Swedish tundra. As the New York Times reports, the facility in the city of Kiruna is currently being converted into a test site with launch and landing pads for reusable rockets, and the first flights are scheduled to take off in 2022. This will make Sweden the first European country to enter the commercial spaceflight competition. Additionally, the new center will become the first-ever rocket launch site in Europe – until now, ESA has been shooting its non-reusable Ariane rockets into space from French Guyana.

The test site is strictly guarded and surrounded by kilometer-long fences, protecting the research objects – which doesn’t seem to bother some reindeer. Time and time again, they jump over the fences and roam the high-security area.

It’s no secret: countless technical innovations that improve our lives have originated in space research. Now such innovation is also expected to provide hope in solving a very earthly problem – the climate crisis.

At the core of the project is a so-called Lagrange point: a place in the cosmos where the Earth’s and the Sun’s gravitational pull cancel each other out. According to the latest research, thanks to Lagrange point’s favorable physical properties a thin foil could be stretched at exactly this position with the help of 31,000 small space probes. The device would filter two percent of the Sun’s radiation, which would be just enough to offset the predicted scale of global warming, calculations predict. Among others, Bremen-based satellite constructor OHB is conducting research into this geoengineering endeavour. Reactions to the cosmic parasol have been mixed; so-called techno-fixes are said to be too difficult to realize. Opponents would rather curb global warming caused by CO2 at its root – on Earth – instead of launching a massive project into space as a last-minute resort..

For more on geoengineering and 9 other perspectives on the climate crisis, see our 42 magazine #4 , “Changing Climate”.

Two rovers on Mars are better than one

“Ni Hao Huo Xing” means “Hello Mars” in Chinese and was the ubiquitous slogan in China’s media when “Tianwen-1” touched down on Mars two weeks ago after ten months of travel. Its precious cargo, the rover “Zhurong,” named after the Chinese god of fire, will now spend three months gathering information on the Red Planet. While the landing approach of the U.S. Mars probe in February still became a worldwide live-streaming event, the Chinese space agency CNSA remained cautious, according to the Economist. There was too much concern about a failure of the complicated landing and the media attention such a disaster would attract. After the successful maneuver and words of praise from the head of state Xi Jinping, enthusiastic Mars observers are now wondering whether “Zhurong” will meet its U.S. colleague “Perseverance”. The question needs to be raised:What will the two Mars rovers do when they meet one of their own in the solitude of space?

Loop Quantum Gravity: Is Spacetime Made Up of Small...

Astronomy, a Joint Effort: The Arabic Contribution to...