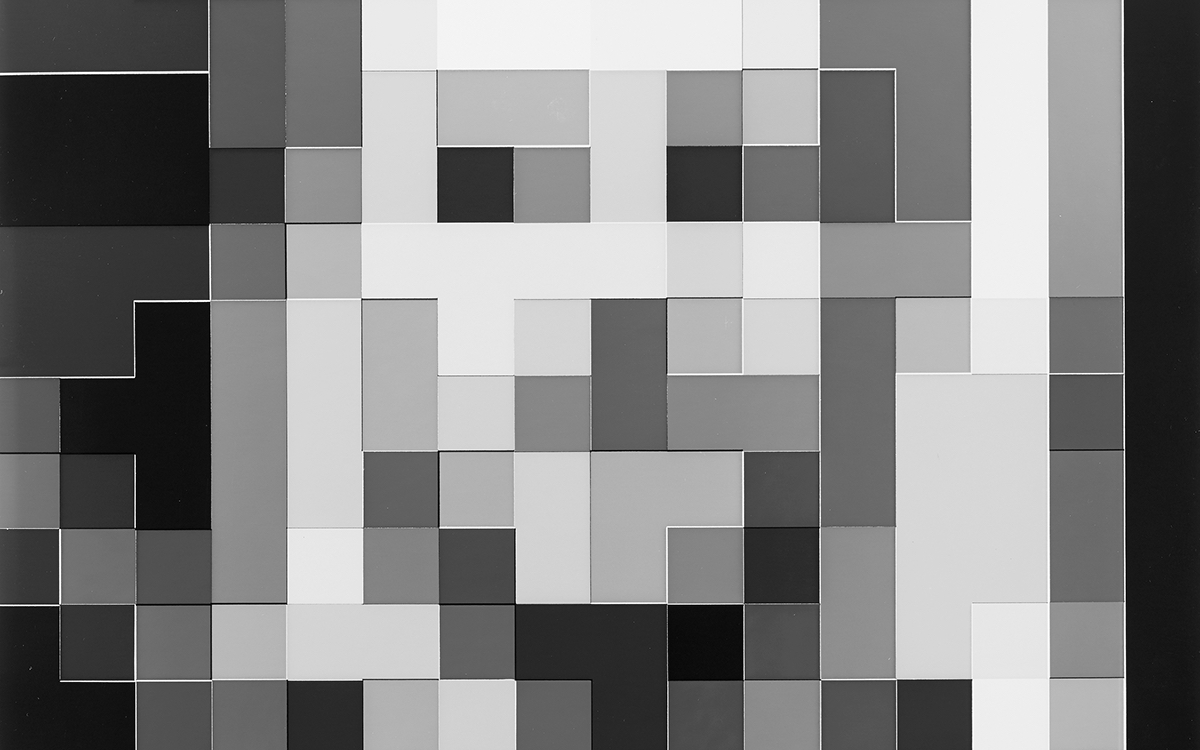 How Tinder & Co Shape Our Society

Online dating is still stigmatised. Scientists Josue Ortega from Mexico and Philipp Hergovich from Austria suggest two reasons to rethink the bad image of dating apps: they argue that relationships that start online last longer, and that online dating has a liberating effect on a society.

Mister Hergovich – are you on Tinder?

Nonetheless, you and your Mexican colleague Josue Ortega from the University of Essex discovered that a relationship lasted considerably longer if couples had met through Tinder.

(laughs) Yes, that is true, but I am already in a happy relationship. Admittedly, we did indeed discover that finding your partner online leads to longer, steadier relationships than those of couples that met in the real world. Marriages that evolve from online relationships less often result in divorce, and both parties tend to be happier in the marriage. We first noticed this phenomenon among our friends when more and more people started using dating apps. To gather data, we first developed a theoretical framework. This led us to simulate social circles and observe the results of people getting to know each other online in our small, mimicked societies.  Eventually, we were able to generate two predictions, one of them being that relationships last longer if the couple meets each other online.

And in real life?

This has been confirmed in real life. We applied our theory to multiple American studies and our prognosis was actually confirmed.

Does Tinder, as a medium, have a bad reputation regarding its possibilities to find a quick and simple hook up?

Obviously, Tinder makes it simpler to experiment, and it is very likely that the dating platform makes it easier than in real life. We did not concentrate on that aspect because our research focuses on long-term relationships. Regardless of the possibility that online dating might be helpful to find one night stands easily, we believe that it can lead to better and more serious long-term relationships.

How do you explain that?

The larger online pool of potential partners is at the core of our explanation. In other words, it is way more efficient to search online. Dating in the real world limits you to places like the workplace, friend groups or social circles, or even a bar, which makes the potential compatible group smaller and statistically reduces your chances of meeting the right person. On the contrary, if you use online dating sites, there are more people to choose from and everyone you meet is single.

But does the paradox of choice not make it harder to find the right person?

Obviously, that can be difficult, just like in real life. But we believe that a bigger range leads to a better idea of what is out there. Also, most people are not single because they know too many potential partners, but because they do not know anyone who could be a possible match…

I come from a background of economics, so yes, our theory does tie in with market theories.

That does not sound very romantic. Does your theory degrade love to a sterile probability equation and take out all the magic in the process?

Ah yes, the magic of love. I would never dare to question that. I do believe in the magical aspects of romantic relationships, but I do not believe that it is linked to how people find each other. The magic of love, as you would call it, takes place after finding a partner and then during the relationship. This applies to all kinds of relationships; the ones started online, and those started offline. I do not see it as a negative thing to contribute to the probability of individuals meeting someone they can share these magical feelings with.

Once I found someone I share the same feelings with, I still know that there are other great partners waiting for me on Tinder. Does this extended supply destroy our ability to really get involved with one person?

That is not something we were able to study. But the other way around, you could also assume that both individuals will put more effort into the relationship because it is so much easier to find someone else.

Your other research question studies how online dating could potentially lead to a more diverse society.

Precisely. Through empirical data, we were also able to prove this thesis. Offline, we tend to stick to the same communities when looking for a partner. If you are searching at work or among your friend groups, the likelihood of you finding someone who has the same socioeconomic background as yourself is very high. Especially platforms like Tinder, which assign matches more or less on a random basis and allow couples to meet who would never have found each other in the real world. These couples have the potential to be more diverse and not share the same social background with their new partner. Realistically, these kinds of relationships have a harder time being formed offline. These developments could result in a more egalitarian society.

And a white-collar type will not have prejudices towards a punk or vice versa when they meet online?

That is a good point: prejudices do pose a sort of obstacle. But on the other hand, studies have shown that people put off their prejudices more easily in dating scenarios. A group of researchers from Columbia University, the University of Chicago and Stanford University have studied speed dating and concluded that people are more likely and willing to put prejudices about other cultural backgrounds aside in such scenarios. You just have to be given the opportunity to get in touch with someone from a different background than your own, which happens far more often while speed dating than in real life.

So can we call Tinder the death of racist societies?

Well, you are right, we have to be careful with such an assumption. For a start, online dating is utilised more by liberal people who have fewer tendencies to employ racism in general. Also, multicultural relationships have become more and more common throughout the past years and we cannot conclusively tie that development to online dating. Diverse societies and online dating have no confirmed relation with each other and we cannot prove a direct connection without a doubt. We are currently considering ways to prove that by conducting experiments.

Generally, we believe that more people interact with each other who never had the chance to do so beforehand. So it is possible that people are now starting relationships that would otherwise never have been formed. For example, a relationship between an older woman and a younger man. However, it is important to emphasise one’s individual choice when starting a new relationship.

Does the famous bubble also exist when it comes to dating?

Yes! Which obviously endangers our thesis around online dating and a diverse society. When affluent people sign up for one platform, and less well-off people for another one, then obviously a diversification of society is not going to happen. Interestingly, platforms that lead people to that kind of segregation are rare.

That can be tied to the so-called Networking Effect, which we also know from social media platforms like Facebook or Twitter. This means that when the majority is on Facebook, it makes sense for an individual to join Facebook, rather than Studi-VZ (a German social media platform), because all their friends are already on Facebook. Social networks have a certain tendency to create monopolistic markets and this also seems to apply to dating sites.

“So many parts of our lives are shifting online – why should our love lives be the exception?“

Of couples that meet each other over the internet, only a third is heterosexual. Amongst homosexuals, the internet is by far the most common way to find a partner. Cultural pessimists think of this as a societal step back.

I think such statements make no sense. Everything and anything that helps to bring people together and fall in love with each other is a step forward. As I just mentioned, the chances for homosexuals to find a partner have risen a lot. Before online dating, it was so much harder and this one change had such a positive effect. I do not believe that a relationship is more romantic because of the way a couple met for the first time, but it is romantic because they work well together. Besides, I believe that even more couples will find each other online going forward. So many parts of our lives are shifting online, and why should our love life be the exception?

So dating apps are more than just a hype?

Definitely! Of course, people will also continue to meet offline in the future, but online dating will naturally gain more and more relevance. This is simply because over the past few years, we have developed the tendency to leave the house less and less, and spend more time on our laptops and phones. Due to this development, many other areas of life, such as grocery shopping, have also been moved online. I don’t understand how our love life should be excluded from that.

Is there a common factor between your ideas of online dating as a guarantee for more solid relationships, and as a way to form more diverse couples?

Yes, in a way. Online dating, in general, does lead to a better and more liberal society.

Does this not lead us to the chicken-and-egg problem?

Actually, we cannot prove a liberalising power of online dating, but we can point out a connection between the two. Liberal societies tend to tolerate online dating more.

A digital world and more liberalism seem to go well together. Is this an idea that can be applied to other parts of our social lives?

Yes, within reason. Obviously, you cannot apply our results directly to other ways of digital transformation, but in general, digital transformation means that other parts of our lives can be designed more efficiently. For example, relationships that never seemed to be feasible up to this point. Social media has made it possible for long-distance couples to have relationships when there are continents between them. It is possible to be part of the life of a person who we only see very rarely in person. Obviously, there are also limitations to this.

What kind of limitations?

For example, the famous echo chambers and bubbles that most of us seem to be living in. In theory, the internet has the power to connect people from other social backgrounds with different opinions, or people that live in completely different parts of the world, and give them the chance to exchange ideas and values. But the algorithms of many social networks prevent that from happening and lead us to connect mostly with our peers. It would be interesting to study which one would eventually prevail: the liberal nature of the internet or algorithms. As I have said before, this tendency is noticeable on some social media platforms.

Elitepartner.de for example – which is a German dating platform advertising an “elite” client base.

Exactly. If these kinds of platforms establish themselves, the egalitarian potential of the internet is over. But for the moment, it seems that online dating impacts our society in a positive way.

Where is the limit? Which parts of our social lives should not be shifted online?

I believe that the limit is automatically reached once we spend all of our time in front of the computer. Best-case scenario, social networks as much as dating sites should give us the possibility to enrich our daily lives; they should function as extra support. The digital world should always remain the means and not the objective. 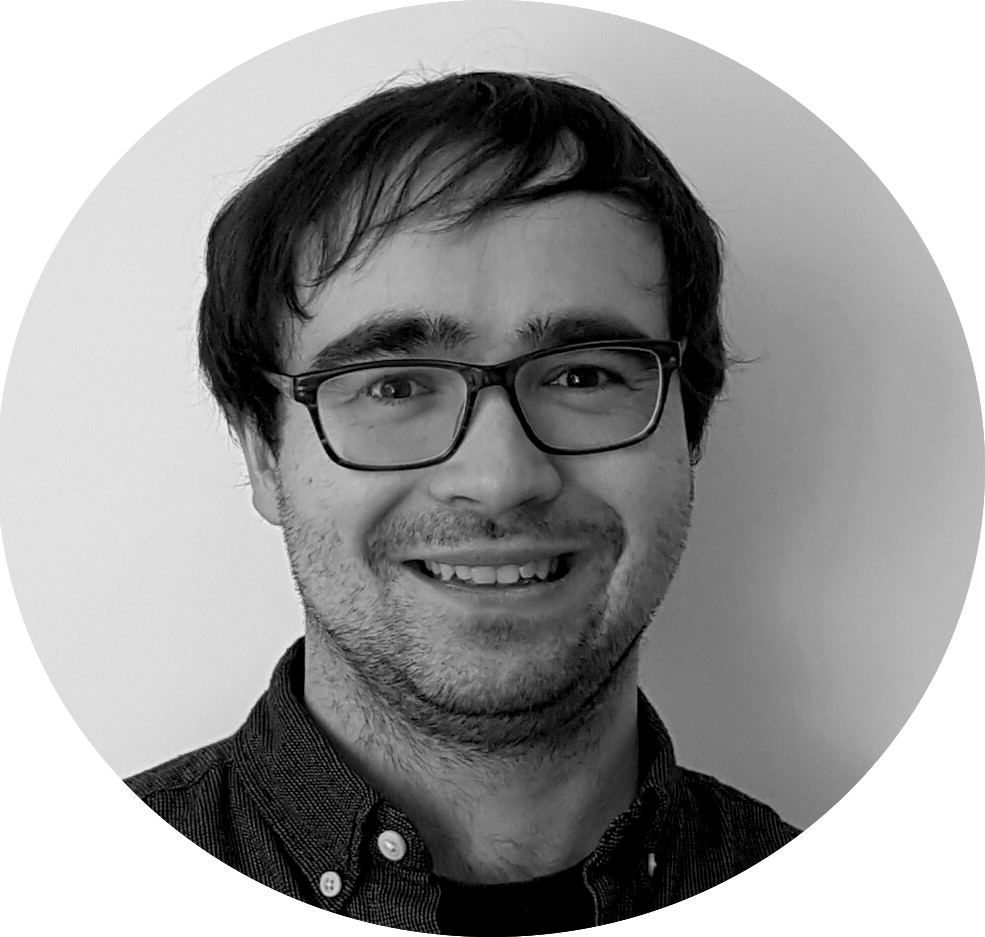 Our new issue is here – space!