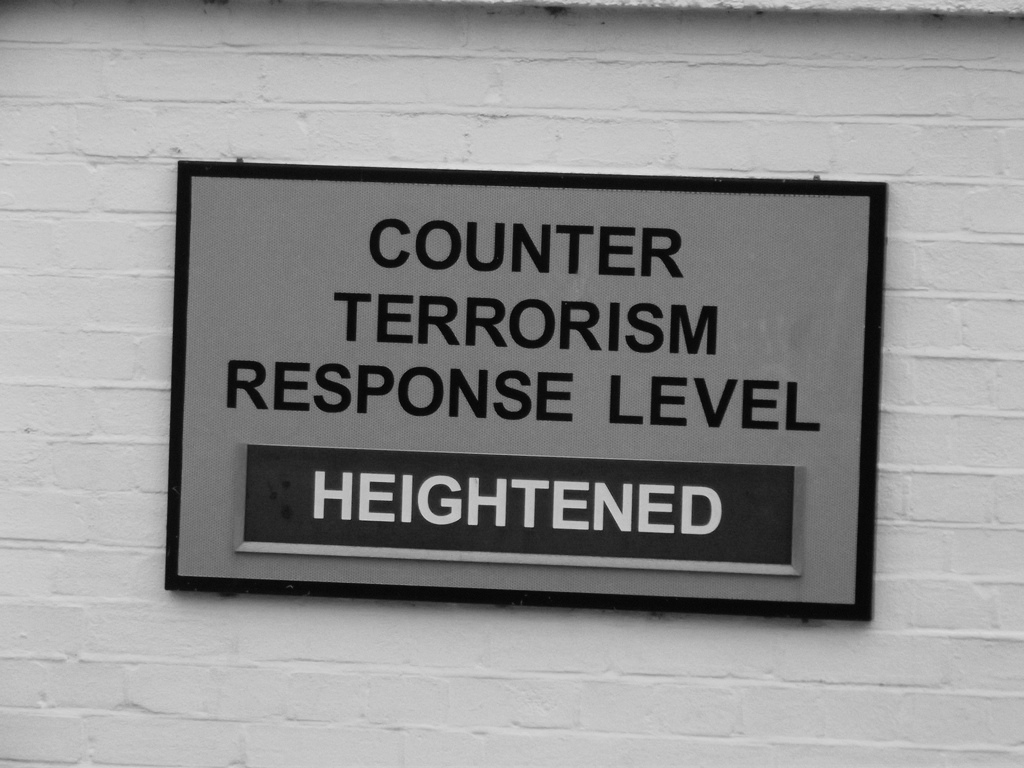 42: Mr Matthews, why is the jihadist propaganda via Social Media so successful?

KM: Nations no longer have a monopoly on violence, and the media have lost the monopoly on information. Extremist messages, like the one ISIS propagates, are easily spread via the internet: „We are fulfilling the prophecy – We are founding a caliphate“. This message distinguishes ISIS from other Islamist organisations. They work on actually realising their goal in Syria and Iraq, and they are creative in their actions, in hijacking hashtags, for instance. Recent examples include the 2014 World Cup and the 2015 Deutsche Welle Global Media Forum. Trending hashtags are used in order to spread their ideology, and they produce well-made parodies which use humorous content to attract followers. This allows them to gain an incredible number of supporters worldwide who propagate their ideology and it creates a strong connection to the culture of young people. That is what makes ISIS immensely strong.

42: The soldiers of ISIS see themselves first and foremost as God’s Warriors. How do they present themselves through Social Media?

KM: They imitate freedom fighters such as Che Guevara, dressed up all in black, with heavy armor – an absolute demonstration of power. Their message is: We are only fighting for the Muslim world. In their videos, they portray their brutality and efficiency as an ultimate force on the battlefield. Music is added to desert scenes with the wind blowing through the landscape which makes it easy to think: „Wow, that’s cool! “. For female recruits, they paint the picture of a romantic hero who is fighting for something bigger in life. A softer side is shown, for example, photos of kittens, according to the motto: „We might be soldiers, but we have a good heart.“ One will also find many photos of child soldiers to show that the whole family is obliged to join the fight. The central message of ISIS is ever-present: Everyone is up against us. It is a religious duty to support us in order to be a good Muslim.

42: Critics say Social Media companies are too passive when trying to stop jihadist propaganda. Is that true?

KM: Yes, I do think so. They are caught in the middle. Social Media platforms refer to the freedom of opinion and underline that they are simply providing services. The more users they have, the more valuable the advertising space they can offer. That is the reason it is so easy to make a new account. Nonetheless, we cannot accept these platforms being used for propaganda. Twitter, for example, is closing down more and more accounts. The CEO, Jack Dorsey, even receives death threats because of it. That is proof that the right decision is being taken. The only problem is: When you shut down a user’s account on one Social Media platform, they pop back up on another one. The governments of France and the US, and also the European Union, put a lot of pressure on these companies – they have a directive: The companies need to become more active! Let us not forget that the targets of terrorist attacks are civilians. It is the government’s duty to protect us from terrorists, which is why they have to have a firm hand in the consultation with Social Media companies. The internet has to turn into an uncomfortable place for terrorists.

42: What kinds of problems do intelligence agencies face regarding the fight against online jihadist propaganda?

KM: Almost every intelligence agency pursues jihadists and their supporters. That is a good starting point, but with every fresh attack, belief in multiculturalism fades. It is not just a security issue. We have to ask ourselves what our long-term goal is: What role do western democracies want to play in the fight against terror? Therefore, we also have to fight them on an ideological level. ISIS-supporters have one motivation. They claim to be representing the right way of life and true religion. The soldiers of ISIS fight other Muslims, the “wrong“ Muslims, and Western culture. To them, there are no alternatives. We have to fight against that notion. If we manage to tackle that, we solve an important problem: Where does someone get their justification from to say they represent the right way of believing?

42: The US State Department is questioning the ideas of extremists on their Social Media accounts. Isn’t that fighting them on an ideological level?

KM: The US has an interesting programme called Think Again, Turn Away. But it is a US government programme which in turn can also be connected to the problems in the Middle East. Furthermore, governments have to take on responsibility, and they need do that for activities on the Internet and on Social Media, too. They have to publically question extremist ideology, publish photographs of the atrocities committed, and give examples of ISIS supporters ending up in prison. That works quite well, but we cannot reach ISIS-supporters with bureaucracy. To really make a difference, nations and organisations have to find role models in Muslim societies. We have to identify young and fresh voices in Muslim communities. Young Sunni Muslims in particular need to have a platform to question the ideas and ideology of ISIS. There have been six Muslim Nobel Prize winners in the past few years. What about them? Right now countries are only funding such efforts. What we need are the artists and creative people with whom we can do advertising and make films. A lot of money is spent on advertising at the Super Bowl. Why can’t we use such clips with celebrities for our purposes? These are the next steps, and at least our governments are starting to think about it. But foundations, philanthropists, and companies have to join, too. Additionally, working with families and relatives of extremists is extremely important. There is a project in Canada working with mothers of radicalised children who died in the Jihad. The early signs of radicalisation and speak about their experiences of when their sons and daughters adopted that mindset.

42: Domestic security spots a problem in Lone Wolves who radicalise over a very short period of time and plan attacks on their own. How are they to deal with those?

KM: Theories claim that individual attacks are part of a bigger strategy – micro-attacks instead of a new 9/11. Lone Wolves are radicalised on the Internet. All of ISIS online videos encourage Muslims to act hatefully and violently. It is a global network of ISIS-supporters that influences individuals. The attacks in Canada in 2014 can be linked back to Lone Wolves. They physically tried to go to the Islamic State but failed. Both of them radicalised themselves over one or two years. They change their names, their habits, they cut all ties with their families. Officials denied them passports. So they focused on planning attacks in their home country instead. Online propaganda has a strong influence on one’s psyche. ISIS uses videos for indoctrination. So we have to focus on deradicalisation: What kind of psychotherapeutic support is sufficient to get people back on track? In Germany, you’re used to working with Neo-Nazis. Various aspects of that work against the Totalitarian ideology can be transferred; one can learn from that. The Canadians have their own strategies. ISIS-supporters were sentenced to Peace Bonds, which is a form of probation. The extremists are under house arrest; they have to wear an ankle monitor; they have no access to mobile phones or the Internet. It’s not hard to realise: there cannot exist communication or coordination with like-minded people if you do not have an Internet connection.

42: How can Western countries optimise their counterterrorism strategies?

KM: It’s about more than just fighting terrorism. ISIS is a mélange of extremism, technology and war crimes in a global network. It is not enough to act on a national level. ISIS is economically well positioned. Revenue is generated by oil fields, ransoms from kidnappings and they have sponsors in the Near East. Saudi Arabia and Qatar fund the opening of schools which support extremist views. They do not support the use of violence, but they do support the ideas behind that, the idea of Muslims being superior. Democracy needs to be fought against because it is against God’s will. I think it would be great if Western countries came together take a stand: We do not support money flowing to our countries for extremist purposes, money coming from nations with a lack of freedom of speech, protection of minorities and religious pluralism. If you could ban that from just one country, you would at least solve a small part of the problem. ISIS does not respect national borders, and Social Media is also working beyond those. We need to adapt to that by using more of our resources and initiating international coordination more efficiently. In the end, the cyber caliphate of ISIS consists of individuals. We have to get through to them. The question remains: What is our final goal? Politicians only think from one electron to the next. However, there has to be the long-run protection of citizens. We need a global cyber strategy to achieve that.

42: What about Data Preservation: Is it a step in the right or the wrong direction?

KM: Each time governments aim to access such data there are protests against it. Liberty rights and privacy are important, but we do not really have a choice in this conflict. Critics are naive. They do not trust their government and protest against it, but they ignore the huge amount of news about religious hate crimes. The defenders of human rights love to point out those crimes, but they never connect it to the ideology of that violence. We are in a time of asymmetrical wars. We fight in a war we do not understand. Masses of terrorists are threatening us with new attacks. We have a right to live. And if we do not change the law, the executive cannot act on it. We cannot protect ourselves from extremists in that case.

42: News broadcasters embed videos and photos when publishing articles. Is that ethically correct?

KM: The media should not present the material out of context. They do what ISIS wants them to: They give them attention and spread their message all over the word. It is an ethical question if the press should take a closer look at what they are doing. When there is an attack, the news has to be brought into context. The media have to inform about Terrorist groups, their goals, their motivation, what they are supporting, what they want to achieve.

42: After the Paris attack in 2015, the hackers of Anonymous declared war on ISIS. Which consequences might that have on the fight against the Jihad?

KM: The hackers of Anonymous revealed some accounts ISIS used on social media and deactivated them. Critics of the hackers say that Anonymous made the work of watching and persecuting ISIS followers and participants harder for intelligence agencies instead of disturbing the extremists. Supporters of these hackers justify any means to stop the most brutal non-state actor in this world. They say we should not allow new technologies to be made into weapons of war for extremists. I can understand the arguments on both sides. Still, the most important thing is to coordinate a digital solution on a global level. We have to limit ISIS’ possibilities to plan an attack. Governments and civil societies have failed to find a solution to this problem for way too long.

42: Thank you very much for the interview. 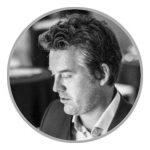