The consequences of climate change are well known, yet many people find it difficult to change their behaviour. One of the challenges is that the necessary global improvement of the climatic situation often entails direct costs for the individual. The psychologist Dr Judith Tonner explains how sustainable behaviour can be promoted with the help of psychotherapeutic methods.

Dr med. Tonner – your research focuses on promoting sustainable behaviour. Why are you interested in the reasons we act sustainably?

Currently, there are enormous technical developments that favour a more sustainable way of life, but sustainable behaviour is still shown relatively little actually. Since individual behaviour is considered to have great potential for sustainability, the latter is also an issue in psychological research. At the beginning of my research, my impression was that so far, the main focus has been on why a great number of people do not act sustainably. That is why I’ve chosen a different perspective and asked why and under what circumstances some people act sustainably. The focus was on ecologically sustainable behaviour, that is, behaviour that has as little negative impact as possible on the environment.

What is the result of your work?

What is the difference between intrinsic and extrinsic motivation?

Where did you start to promote intrinsic motivation?

How exactly did the study work?

A group of students worked with three households and visited them monthly over the course of one semester. The aim of the study was to examine the acceptance and impact of this method. The results show that motivational conversation techniques are a promising way to promote sustainable behaviour.

With regard to climate change, we encounter a contradiction: We know about climate change and its consequences, but we do not act accordingly. What is stopping us from changing our behaviour?

The necessary global improvement of the climate situation entails costs for the individual. Of course, sustainable action often goes hand in hand with savings and then has an individual benefit, for example saving energy. In most cases, however, people primarily pay attention to the costs, and not only to the financial costs but also to those in the form of dispensation, for instance. There is a so-called social dilemma between individual needs and collective goals. In addition, as we have said, the individual costs of sustainable behaviour are usually immediately and easily identifiable, while the collective benefit is often in the distant future and perceived as complex. In this context, two constructs are important: self-control and the ability to defer rewards. Self-control is an adaptive behaviour that enables us to suppress spontaneous reactions and replace them with individually or socially desired actions. The ability to defer rewards is reflected in the choice of a later but more useful alternative instead of an immediate but less useful option. Both play an important role in achieving long-term goals.

Is this an individual or a collective problem?

The difficulty in achieving long-term goals is, on the one hand, an individual predisposition, as the degree of self-control varies from person to person. On the other hand, it is situation-dependent, because there are situations that fundamentally promote or hinder sustainable behaviour. For example: by making flying so cheap, a supply situation is created that makes it more difficult for all people to choose the slower and more expensive journey by train, although this is obviously the more sustainable option. Even though the ability to self-control increases up to a certain age, most adults tend to opt for the short-term need in certain situations. Thus, it is also a social problem and a political task to create situations that promote sustainable behaviour.

Is it difficult to achieve long-term goals in other areas as well?

A well-known experiment for deferred gratification is the so-called marshmallow test. A child sits alone in a room and gets a marshmallow. Then they are told that they can eat this marshmallow right away or wait a little longer and get a second one in return. It is only a few minutes, but you can see in the videos how many children torture themselves. They touch the marshmallow, smell it and try not to eat it. It was then measured how long the children could wait to eat the first marshmallow. The children’s ability to control themselves seems to have a long-term predictive power with regard to their later cognitive and social competence. Long-term studies have shown that children who were more patient with the marshmallow later achieved greater educational success and were less likely to suffer from obesity.

Do we behave sustainably for altruistic or selfish motives?

Is it easier for you to change your behaviour if you benefit from it?

If motivations such as getting recognition from others or meeting one’s own ideals are seen as selfish, it might be useful to use them to promote sustainable behaviour, for egoistic motivations are more concrete than the concept of altruism and can be addressed more easily. For example, you may prefer riding your bike to driving a car because your surroundings reward it immediately rather than possible future climatic effects. It may also be more honest to admit selfish motivations. People doing something for the environment out of love often seems to be an empty phrase.

Thus, selfishness can have a positive effect?

Surely it would be the desirable motivation for people to act sustainably out of their love for the environment. But if addressing this motivation does not work, I find it quite legitimate to take advantage of egoistic motivations. Ultimately, it is better when people are selfishly motivated to act sustainably than not at all.

Is the abstract idea of ​​the “future generations” even a meaningful basis for argumentation in order to promote sustainable behaviour?

How can I envision that?

What is important in the context of sustainability is that when thinking of a distant future, abstract concepts, such as ideals, influence behaviour. For the near future, however, the behaviour is more likely to be influenced by considerations of feasibility. Provided that people see sustainability as an ideal, it could be an intervention to promote sustainable behaviour, get them to plan their grocery shopping in advance and make a list, rather than being guided by hunger or special offers when shopping.

Is there some kind of psychological trick for adults that could be used to make one’s behaviour more sustainable or is there simply a need for stricter laws?

Using the example of self-control, there are individual characteristics that correlate with sustainable behaviour. In addition, however, the context also plays an important role, for example political and technical framework conditions. Basically, you must take the situation into consideration in relation to the person.

What would it look like if one were to try to use motivational conversation techniques, in a very practical way, to promote sustainable behaviour in the future?

One challenge is that people usually do not go to a psychologist until their psychological stress is extreme, and they do not suffer directly from their unsustainable behaviour. So hardly anyone will decide on their own initiative to get advice on sustainability issues. Therefore, other situations should be set up in which this is possible. This could be easier than it seems at first glance. Even though most of the students who participated in the study came from the field of psychology, they did not have any therapeutic training and had been instructed by an experienced therapist only one day in advance. So teachers could also be trained to use the method in class. 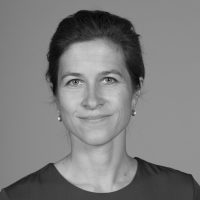 Dr Judith Tonner received her PhD from the University of Basel as part of the doctoral program in Social, Economic and Decision-Making Psychology. During her research and teaching, she was particularly concerned with promoting sustainable behaviour. She is currently working as a research assistant in the Department of Cultural Analysis and Communication at the Zurich University of the Arts.