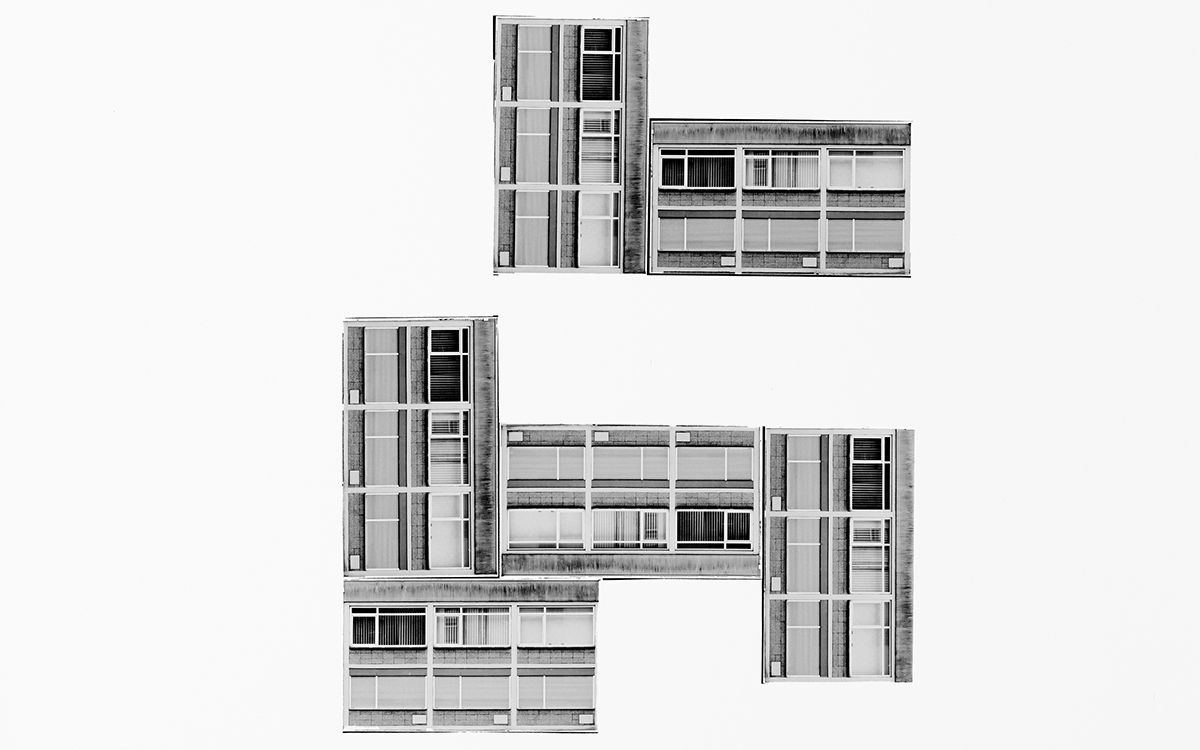 Fact, Fiction, and Swarm Intelligence: Why Stories Make Us Human

Stories are essential for each of us to make sense of the world. How do they change under the impact of the digital transformation? Prof. Henry Jenkins speaks about the value of transmedia stories and about new ways to participate in and shape the political agenda.

Prof. Jenkins – has the digital transformation changed the way we tell and perceive stories?

Yes, and no. Stories are stories but who gets to share their stories and how they circulate has changed dramatically. Over the past twenty plus years, our culture has become more participatory – that is, more people are producing and sharing media content with each other. The costs of producing media have lowered, and that means there are lower financial risks when people experiment with new media forms and practices. We can see this, for example, in the explosion of podcasts over the past five years, with content coming from commercial producers, nonprofit organizations, educational institutions, religious groups, and various amateur and semiprofessional producers.

You have been accredited for coining the term ‘transmedia storytelling’. What is it about?

I neither coined the phrase nor came up with the concept, but I helped to draw it to the public’s attention and I have been a key voice in the conversations around it. A transmedia story is one that is told across multiple media platforms with each making some meaningful contribution to the experience of the whole. Think about a modern entertainment franchise, the Marvel Cinematic universe or Star Wars, to cite two obvious examples. How do we know what we know about these characters?

In both cases, the feature films are at the center but much of the story arises elsewhere – via television shows, comics, computer games, amusement park attractions, websites, and much more. And some of what matters originates from the audience, via fan practices such as fan fiction, fanvids, cosplay, and much more. What we call transmedia storytelling is all of that put together.

This seems to propose a high dependency on digital media. Is the phenomenon of transmedia storytelling a new one?

Not necessarily. People have been telling stories across media for a long time. Go to Notre Dame cathedral in Paris and you will see the biblical story told in many different media forms – from painted panels to stain glass windows, from gargoyles to choirs. We might understand the nativity set as serving some of the same functions as action figures, offering us a microworld that stands in for the story we know from other sources.

But the modern franchise involves a much higher degree of conscious planning in terms of which platforms media experiences are distributed through. And above all, consumption is networked. So fans are pulling together information from many sources as resources for their conversations, which are occurring via internet forums, recaps, and podcasts, to cite a few examples. We are demanding more elaborate storyworlds to sustain our collective engagement with stories that matter to us.

If we take a look at examples of popular culture, let’s say the Harry Potter universe: Do more complex storyworlds lend themselves better to transmedia storytelling than others?

Absolutely. We can imagine a simple linear story which deals with Harry and his close friends. But these books create multiple sources of identification through the multiple houses. Let’s say I am a Ravenclaw – then I want to see more stories centered around Ravenclaw characters such as Luna Lovegood, and so there is an incentive to expand the story in that direction. Then consider that Harry’s experiences represent one moment in the larger history of Hogwarts and people want to know about other chapters.

I am, for example, interested in Harry’s parents’ generation, the so-called Marauder timelines, though others want to know more about earlier moments resulting in the Fantastic Beasts film series or about what happened in Harry’s adult lifetime, thus resulting in the current theatrical play Harry Potter and the Cursed Child. So yes, the richer the world the more story opportunities.

Keyword ‘participatory culture’: Has the way we engage with and participate in stories changed?

In the era of mass media, some selected few constructed the stories which the rest of us consumed. In an era of participatory culture, the public voices its response to those stories – often in real time – lobbying for developments that matter to them and creating and sharing their own versions of the story. This can be as basic as ‘shipping’ that is, pushing for particular versions of character relationships which satisfy your yearnings. But it can also take the form of pushing for more inclusive representations of women and people of color.

It can consist of rallying in support of a film like Black Panther which addresses long-repressed desires for heroic black representation on the big screen or for a vision of Africa as technologically advanced. It may also take the form of reactionary responses to Star Wars films and online wars with other fans, practices that some have labeled ‘Toxic Fandom’. As we expand the number of people who have a voice about our culture, not all of those voices will be agreeable and there may be conflicting ideas about what constitutes appropriate communication. We still have lots to work through as far as participatory culture is concerned.

We seem to get the idea that storytelling is limited to the production or consumption of fiction. However, you’ve been doing extensive research on examples of non-fiction transmedia storytelling.

Yes, and there are many contemporary examples. Look at the Parkland kids and the March for Our Lives, for instance. I have written much about contemporary activists fighting for social change by any media necessary. These young activists are using every tool at their disposal to get their message out, showing enormous sophistication in their understanding of how contemporary media works. Of course, they are using YouTube, Twitter, and other social media to connect victims of school shootings around the country and to mobilize walkouts and marches across the country.

They are spreading out to tell their stories through broadcast media, often rewriting the rules of how guests on these shows behave in order to break the stalemate on how we think about gun control. They are performing a song from Rent on the Tony Awards. They are challenging Fox newscasters by putting pressure on their advertisers. And they are writing bios about their experiences. This, too, is transmedia storytelling. In this way, a small number of high school students have dramatically altered the debate about gun violence in America. This is transmedia activism.

Right now, many people are learning through play skills that they are then quickly directing towards more serious tasks, such as resistance and social change. Our research is finding that young people who participate in online fandoms or gaming groups are more likely to participate politically both online and off. They will have found their own voice, learned how to work together via networked communities, developed a sense of what a better world might look like, what we call the civic imagination, and in some cases, they will have used pop culture references as a shared vocabulary for shaping public opinion. That is how participatory politics works.

Another recurring term in your research is ‘spreadable media’ – media content that is shaped by grassroots circulation and spread through social media. It could be argued that participatory culture also gives rise to fake news. What is your opinion on that?

Much of what people chose to circulate is meaningful – in that it expresses what they are feeling, how they see the world – but it is not necessarily accurate. Fake news is consciously being constructed as news which people want to spread because it hits a certain emotional chord with them, because it speaks to their deepest fears or desires. To understand why fake news circulates, we need to try to understand why it resonates with the way everyday people think about the political realm.

But ultimately, in a world where we have more control collectively over the way information travels across the culture, we each need to learn to take greater responsibility for the quality of information we pass along to others. Such a context places new emphasis on the importance of media literacy education. That cause is not helped by a president who models all of the worst forms of social media behavior: from name-calling and bullying to seeming to be totally indifferent to the accuracy of what he spreads through his high profile account.

Can actions of collective intelligence counter this particular development?

Collective intelligence refers to the capacity of networks of people to pool knowledge, draw on each other’s expertise, and work through problems more complex than any of us could manage on our own. We see collective intelligence at once when, say, the women’s march comes together in record time, creating ad-hoc coalitions of diverse groups around the country, and getting them out in the streets at the same date and time. Collective intelligence is also at work when people debunk fake news or misleading statements from political leaders, testing them against information gathered from different parts of the country. This may be our best resource for combating the misinformation campaigns we’ve seen in recent years.

“Whatever story we tell, we need to recognize our own agency”

Collective participation in the shaping of stories seems to a be a powerful means to an end. Can stories change the way we perceive the digital transformation?

It matters what stories we tell ourselves about digital change. Over the past few decades, we’ve seen shifts from utopian stories about a digital revolution that will unsettle traditional gatekeepers and dystopian stories about the concentration of power in the hands of Google or Facebook. Both stories are compelling, both capture part of the truth, but buying into either story fully may distort our understanding of what remains a complex and unstable situation. Whatever story we tell, we need to recognize our own agency. The core question needs to be what are we doing with media and not what is media doing to us.

In his book The Storytelling Animal Jonathan Gottschall claims that telling stories is essentially what makes us human. How would you define the relevance of story?

I would say that humans are animals who make meaning of their experiences. Stories are one of the most powerful structures for communicating meaningful experiences with each other: They shape how we feel about and make sense of the world around us. But the key insight I would suggest is that humans do not engage in meaningless activities. I may not understand why a particular story is meaningful to you: We may need to discuss it to reach a deeper understanding of its significance, but we should not start from the premise that it is meaningless or that your interest in it is dumb. We need to learn to listen and understand each other’s stories if we are going to share the world with each other. Mass media has given us a restricted range of stories; today, digital media is expanding its scope of who can share their stories, and we need to learn to listen to each other’s narratives. Henry Jenkins is Provost Professor of Communication, Journalism, Cinematic Arts and Education at the University of Southern California. His research embraces phenomena and processes of media and popular culture, including the interplay of story, media, and politics. His latest book By Any Media Necessary: The New Youth Activism, published in 2016, examines youth activism in the digital age.